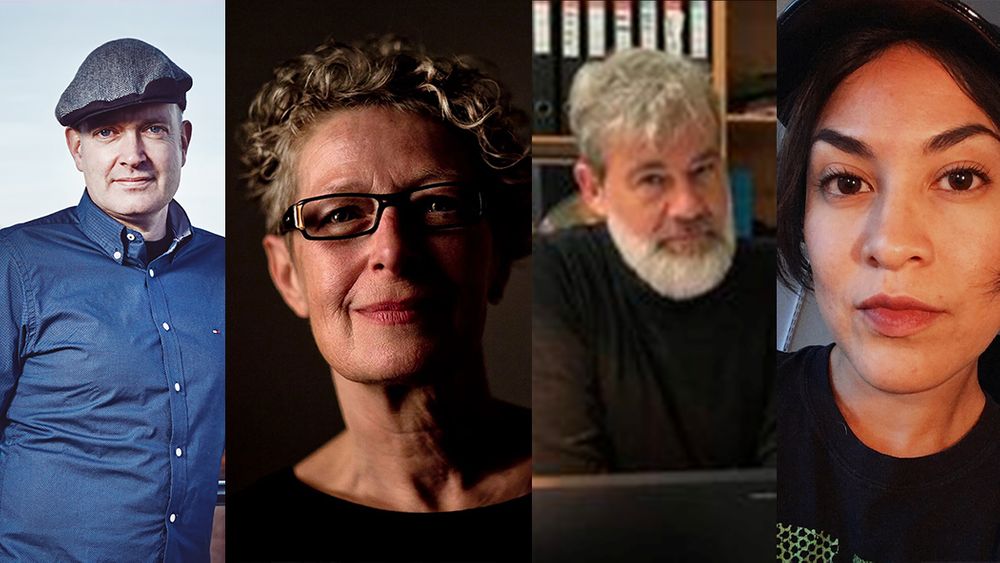 Viva Talks is visited by Annette Reinhardt and Jesper Mardahl from Denmark, and Fredrik Sandsten from Gothenburg.

Annette is live-manager at Råhuset in Copenhagen, a scene that books 200 concert days annually, and is a part of the unit DIT:KHB, a unit that covers six live stages in the city: Råhuset,  Underverket, Musikcafeen, Aula, Basement and Krudttønden. The focus is on alternative culture, new music och development of the music scene. Jesper works at Promus, a competence centre developing Århus as a music city, through many different activities. Promus is involved in the acknowledged Spot Festival's conference division Spot+. Together with Fredrik Sandsten, who works with music, culture and e-sport at Göteborg & Co, Viva Talks believe in a good and open conversation based on the prerequisites for music and culture in the two cities, how talent is being evolved and how they create what is to happen tomorrow. There will be comparisons between how the cities and regions work with infrastructure and development - what is the same in Denmark and Sweden, and what is different? What can we learn from each other? being the country's second city, but perhaps the one with the most talent? There will be comparisons between how cities and regions work with infrastructure and development of their music and cultural life - what is the same in Denmark as in Gothenburg? Where does it differ? What can we learn from each other? And there will of course also be reflections about how artists, bands and companies should relate to our neighbours in the west, and they to us.

Moderator is Tatiana Madrid, KulturUngdom Gothenburg, who has, among many other things, worked at the European snowboard magazine Method Mag in the Austrian Alps, hunted down news as a music journalist at the magazine Gaffa and worked for one of Sweden’s broadest and biggest music competitions for youth, Musik Direkt/Imagine.

Viva Talks is aimed towards musicians, music organizers, music companies and music enthusiasts, i.e. everyone, and they think it is about time that there is a good AW for everyone who likes and makes music in different ways, and who wants to talk music. And get together.

Viva Talks is arranged by Westside Music Sweden together with Gothenburg Culture Festival, and is a step on the way towards Viva Sounds 2019, which this year is increasing to seven scenes and a larger conference on December 6-7.

The conversation will be in English.