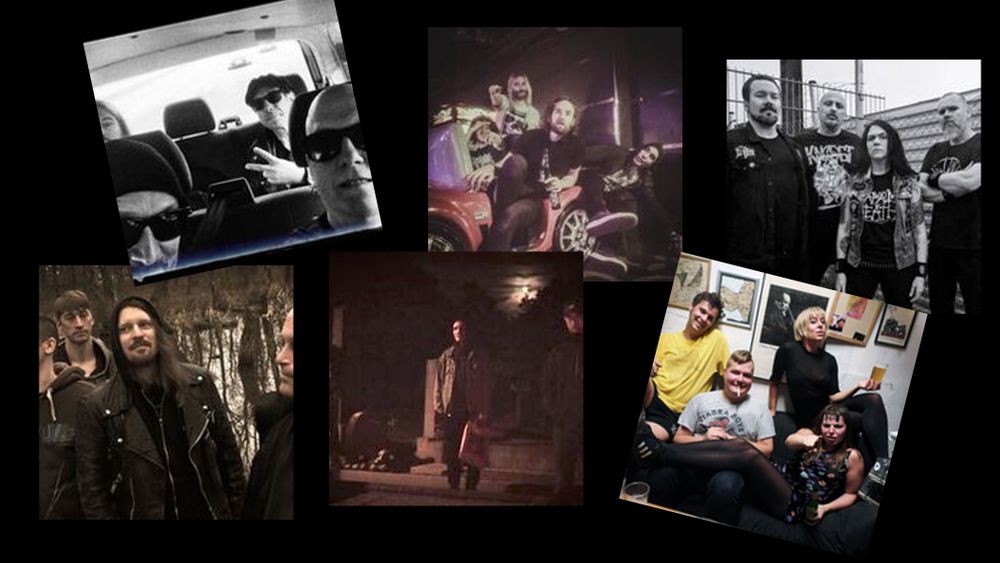 Get ready for a musical punch-in-the-face when Distorted Music collaborates with Westside Music Sweden again at Brewhouse! Fiery, hard and punk. The evening ends with no less than Skitsystem - this will be something you won't forget. Welcome.

Blessings – Gothenburg-based trio Blessings was founded in 2011 and released its debut Bittervatten 2012. On New Year's Eve 2018 the sequel Biskopskniven came. The music is based in hardcore and noiserock with a liberal attitude to other influences that can be attributed to the members' collective experience. Blessings do what they want and act freely from demands and expectation.

100 Years - anti-metal that distilled all things crappy into an emotional soup. Dystopic riffs from Pontus Andersson (Dia Psalma and Strebers), topped with Rogga Petersson's (ex-Merciless) anxiety screams. Voivod meets Swans or Killing Joke meets Celtic Frost. The debut album came in 2017 and was released on Suicide Records. All but one has the roots of the dark Sörmland forest.

Deep Sleep – Hailing from Malmö, Sweden’s four piece thrash metal unit Dead Sleep have been around since 2016. Forging their special brand of music in between the chaotic aggression of hardcore punk and the bombast of metal, their sound picks the best from both old and new, falling into a strong tradition of eighties thrash metal while infusing it with a contemporary feel.

Desire And Her Drunks  –has been described as one of Sweden's most hopeful punk bands right now. With members from Hotet, Skjut Dig and Government Abuse, the band is a cultural collaboration between Värmland and Norrbotten in the middle of central Gothenburg. It's crazy, it's sprawling, it's "puckad" punk in English.

Gamla Pengar – we talk energetic punk doped with large amounts of classic rock. Stunning melodies that most other bands can only dream of. And all this topped with sharp social-critical satire that makes you choke away the laughter. Gamla Pengar has never put much hope into the future but has always nourished the humorous vein, although the black one. You laugh though you should cry.

Skitsystem – is a Swedish boot/crust band which was formed in Gothenburg at the end of 1993 originally as System Collapse, then as now with members from At the Gates among others. The band has played in large parts of Europe and spread filth and dirty d-beat from society's gutter everywhere where the chance has been given. And it is promised more of that product at Brewhouse. Everything is shit.